Fr Bosco Peters presided and preached at the 10am Mass. The sermon focused on John the Baptist, with the Gospel reading taken from Matthew 3:1–12.

And John is a terrifying person. Look at the way he dresses and what he eats! He is consciously standing in the line of Samson, Samuel, and Elijah, following the Old Testament tradition of resistance to injustice, of renewing society.

John doesn’t mince his words when he spots the political and religious leaders. When he sees the supposedly-honourable Pharisees and Sadducees, he uses foul language and calls them — I’ll be polite — illegitimate children of snakes. Do your own translation into contemporary street talk.

He challenges their basic claim to honour. “Don't think you can pull rank by claiming Abraham as father. Being a descendant of Abraham is neither here nor there. You illegitimate children of snakes.”

We might think — well John comes from a priestly family, who is he to talk?! But there was a strong division between the high priesthood, the Jerusalem elite, and the people and their ordinary priests like Zechariah, John’s dad, living in the outlying villages. John had first-hand experience of the way the Jerusalem elite enforced exorbitant taxes, and confiscated ancestral land. He would have experienced the widespread chronic food shortages — all this obviously led to social unrest. That’s the context John is preaching in.

You gather your grain and then you separate the seed from the stalks by beating it on a flat rock surface.

After this, you take a winnowing fork and toss everything into the air. The seed drops down and the stalks, the chaff, the stuff you don’t want, this is blown into a pile to the side by the breeze.

John visualises that there are those who will receive the Holy Spirit; and there are others who will be destroyed by fire. And the person who will bring this terrible judgment, John teaches in the gospels, is - Jesus.

Next week, John the Baptiser is in prison. Jesus is going around and doing the Holy Spirit side of things: the blind receive their sight, the lame walk, the lepers are cleansed, the deaf hear, the dead are raised, and the poor have good news brought to them. But John, in prison next week, is sorely disappointed that Jesus doesn’t seem to be doing the long-anticipated fire to the chaff stuff.

John is shocked — Jesus is lavish with his Holy Spirit blessings, but not so much about bringing the fire of judgment!

Jesus texts back to John in prison: “blessed is anyone who is not scandalised by me."

John baptised those who came to him in the wilderness. But Jesus - when his mentor, John, was imprisoned - Jesus took the good news to the people rather than waiting for the people to come to him. And Jesus taught his followers to keep expanding that.

The incarnation we are celebrating starts microscopically in the womb of the Blessed Virgin Mary, and then as a tiny baby in Bethlehem. The good news begins for those who can afford to and are physically fit enough - to get to John the Baptiser. Then the circle expands as Jesus brings good news to Galilee, Samaria, and Judea. The circle keeps expanding, breaking through the borders of the Jewish people.

Matthew’s Gospel we are reading today, in fact I hope you realise that this is the gospel that fills most of our Sundays this year, this gospel concludes with Jesus saying: “Go therefore and make disciples of all nations, baptizing them…”

Some people think or act as if that’s where the expansion stops. Some people image the action of God’s Holy Spirit as kept comfortably in the sanctuary of our churches. But it has burst church walls; God is at work in our world.

The kingdom of heaven is at hand. People in the world are working for the Advent vision, for Isaiah’s vision, of peace, and goodness, and cooperation. The glory of the Lord shall be revealed, and all people shall see it together.

Who do we imagine needs to repent, to be converted? Each one of us; and every day, every hour — converted from our image of a god who limits; converted to living a life where God is at work with all things and all people; converted to cooperating with God’s ever-expanding action out there. God’s action is not limited to where the word “God” is used. Wherever people work for justice, the environment, peace, reconciliation, there the kingdom of heaven has come near. 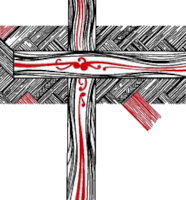